The last may not have been heard about the 2019 governorship election in Ogun State and the legal battles that arose thereafter.

This is as the former Secretary of the Labour Party, Olaposi Oginni, accused Governor Dapo Abiodun of being involved in bribery to escape being removed by the election petition tribunal, an accusation the governor has denied.

VELOXNEWS recalls that the Labour Party had approached the tribunal to challenge its non-inclusion on the ballot papers used for the governorship election.

Oginni alleged that Gov Abiodun met with the Chairman of the Labour Party in Ogun, Abayomi Arabambi and gave him a sum of N5 million.

Oginni, during a live program on Splash FM, Abeokuta, said an aide of the governor had invited him and Arabambi for a meeting with Abiodun at his Oke-Mosan office in Abeokuta, saying he refused to meet the governor with Arabambi in attendance.

The current Chairman of the New Nigeria People’s Party (NNPP) recalled how he was reportedly contacted by former Governor Olusegun Osoba, who he said persuaded him to ensure Gov Abiodun gets a soft landing at the tribunal.

His words: Gov Dapo Abiodun and I are not friends. The issue between us is that, after the governorship election in 2019, (I was still in Labour Party then), Arabambi wanted Dapo Abiodun to be sent away but Baba Osoba invited me over to his house in Lagos. He begged me to let Dapo Abiodun serve his term, assuring that he would perform better as governor.

“If Arabambi and I had stood our grounds that Dapo Abiodun should go as at then, there would have been a rerun election. So, I never sat down with Dapo Abiodun, but he made Baba Osoba his ‘spokesperson’ then. Nobody will ever use Baba Osoba as his surety and people will doubt such a person. But Dapo Abiodun is an ingrate, the greatest ingrate you can ever meet at that.

“I’m not into politics for pecuniary gains. I don’t have an agreement with Gov Abiodun. All I want is good governance from him. Let them bring whatever evidence they have out to prove I demanded anything else. We demanded good governance but he failed in that ramification.

“When we finished the case, those who helped him in APC and we the opposition party, let Dapo Abiodun and his followers tell us the good thing he did for us, not to talk of good governance for the people. He disappointed himself, not us. His approach was so deceptive that we thought he was a good person who will do what he’s supposed to do. How do you want me to keep quiet when a government is not doing well and I’m in the opposition party.

“I didn’t collect any money with Arabambi. I never made any monetary agreement with anybody. Arabambi went on his own as a Labour Party member and I am on my own as a Labour Party member too. He never wanted Dapo Abiodun to do this governorship. He stated that Dapo Abiodun didn’t have certificate and all that. But I stood on the truth that this man has been elected as the governor, let’s protect that trophy for him. Let him serve his tenure so we can have good governance. 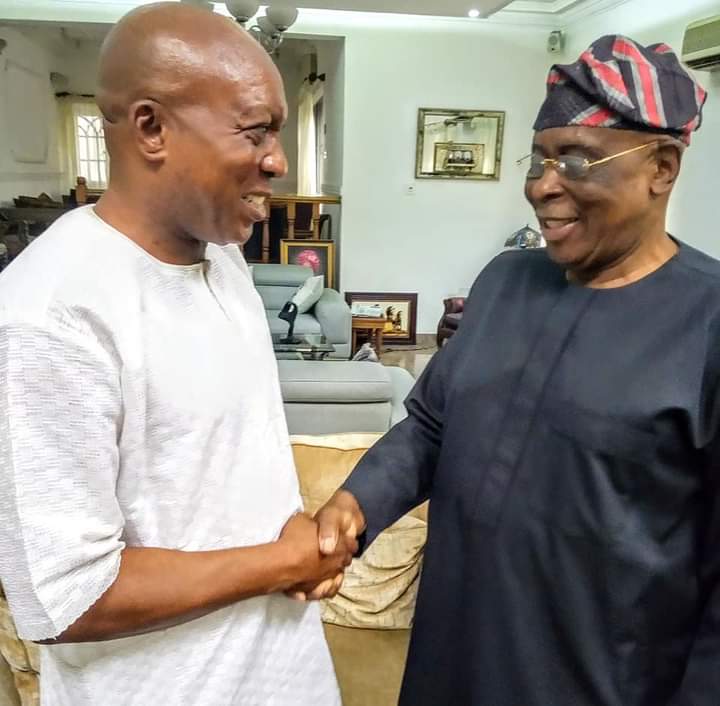 “On getting to Supreme Court, God heard our plea and he was declared winner. One day, Biyi, SA to the governor on political matters, called me that the governor wanted to see me and Arabambi at Oke-Mosan. I said ‘under my foot will such ever happen!’ I will not come for that meeting. Arabambi called my phones more than 50 times on that day, asking me to come over for the meeting but I said, ‘for what? You once said Dapo Abiodun won’t serve as the governor because he doesn’t have a certificate. He became the Governor now you want to go and enjoy it with him. I don’t deal with charlatans’.

“I didn’t go for the meeting, but Arabambi went ahead and he was given Five million Naira. Dapo Abiodun, Biyi Adeleye and others at Oke-Mosan are listening presently.

“I was called for the meeting, but I called Baba Osoba that I will not be going because I don’t attend such a meeting. I won’t stand with Dapo Abiodun at his right hand and Arabambi at the left to take pictures. I don’t do such and I won’t do such. Have they not finished spending the N5million?

“The reason why I have been silent was because I had a meeting with Baba Osoba at Bourdillon. The meeting was held at Baba Osoba’s house, near Tinubu’s in Lagos. I met with all the leaders of APC in Ogun State. We came to an agreement. I fulfilled my own side of the agreement that Dapo Abiodun should govern the State. He refused to fulfill his own agreement, which is good governance. I’m not the only one he didn’t fulfill his agreement to. He is an ungrateful person. I will say it if he is here. He is an ungrateful person,” Oginni fumed.

However, the Gov Abiodun government in Ogun State has reacted to Oginni’s claim that the governor gave money to the Labour Party Chairman.

The State Commissioner for Information and Strategy, Waheed Odusile, said the governor had no such deal with the Labour Party leader, Arabambi.

Odusile, in a telephone conversation with VELOXNEWS on Thursday, expressed confidence in the governor, saying he would never indulge in any act of bribery. 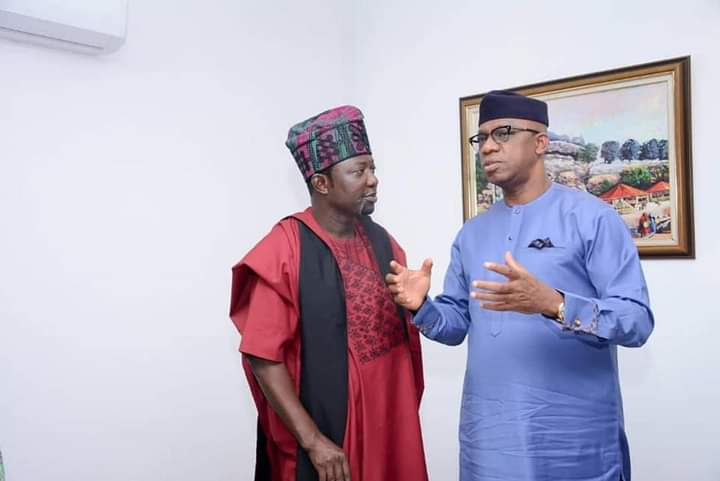 Arabambi with Gov Abiodun in 2019.

Odusile emphatically told our correspondent that there was nothing like what Oginni had said.

Oginni lied, I received no gratification from Gov Abiodun – Arabambi

Reacting also, the Labour Party Chairman, Arabambi described the allegation as false, threatening court actions against Oginni, who he said was “suspended and finally dismissed from Ogun Labour Party when he tried very unsuccessfully to bear false witness in the case against the Independent National Electoral Commission (INEC)” in the suit against Abiodun, back then at the tribunal.

The LP boss asserted that Oginni became the tool for the APC through his sudden collaboration with Chief Ayo Olubori the current, APC State Caretaker Secretary, saying, “All his efforts at trying to derail the Labour Party’s case against the respondents finally got dismissed at the Appeal Court.”

“He went on to claim that I was the individual who was asked to partner with him in a meeting in which he claimed a sum of N5 million was given to me since he himself purposely decidedly not to attend.

“The truth is that Oginni was never a party to Ogun LP petition and I say very loudly and confidently with all sense of responsibility that at no time did I, Comrade Gentleman Abayomi Oluwafemi Arabambi collect N5m from Gov Dapo Abiodun MFR and neither did Gov Dapo Abiodun nor Hon Biyi Adeleye at any time offer Ogun LP, her candidate Ms Modupeola Ibiwunmi Sanyaolu, our Legal Adviser, Bar Mawah Monday and my humble self any gratification of any sum,”

“Meanwhile, I will like to remind Oginni that his various statements on Splash FM Radio interview against my person are not only injurious and damaging, he did it with the sole aim to deliberately defame and consciously assassinate my hard-earned character, which I have laboured so hard over decades to build and thus brought my family name to disrepute and ridicule before Nigerians and lowered my estimation before the whole world.

“I have briefed my Lawyer and instructed him to commence a civil suit in a court of competent jurisdiction, seeking N20 billion as general damages and N10 billion as exemplary and aggravated damages,” Arabambi partly said in a statement made available to VELOXNEWS on Thursday.