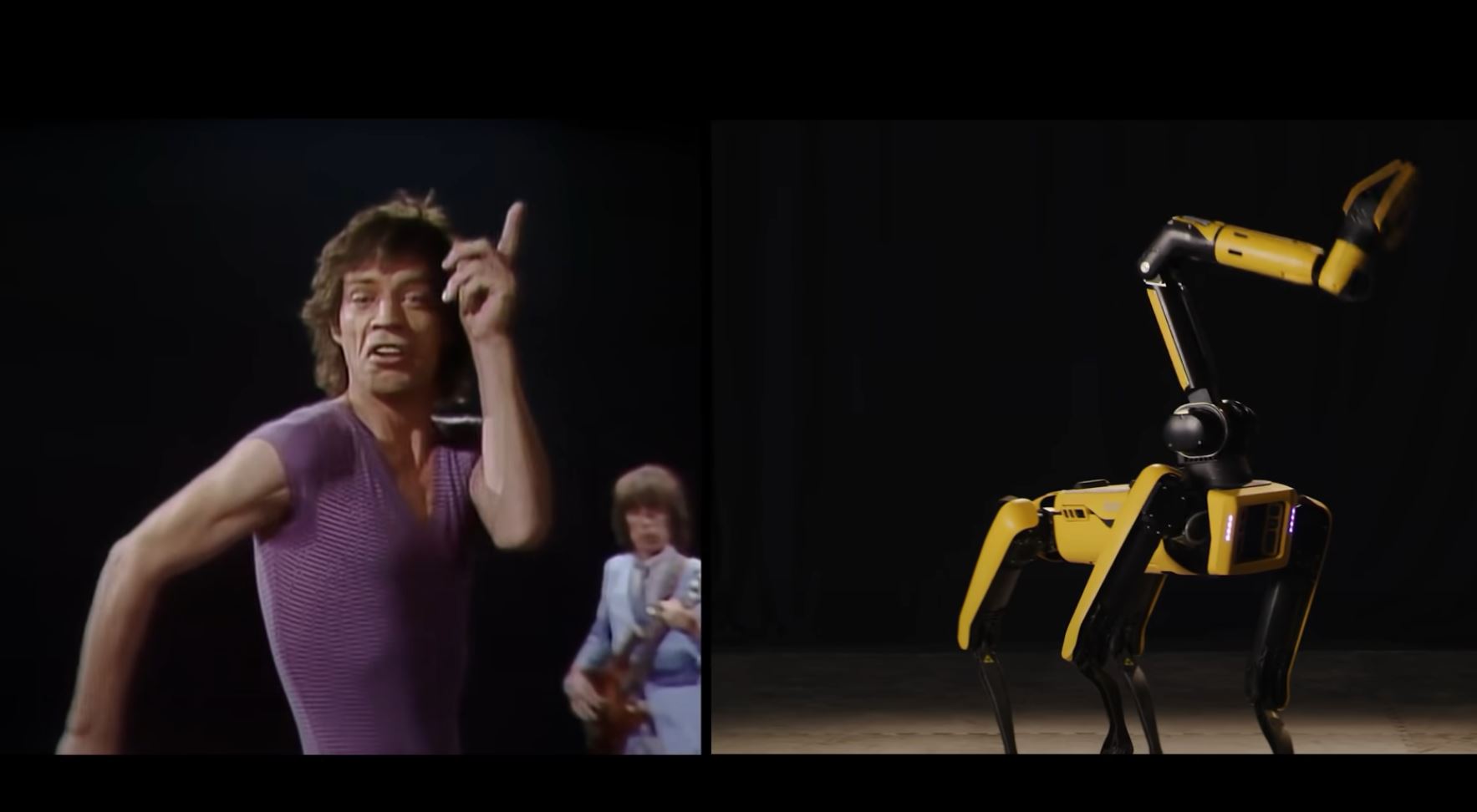 To celebrate the 40th anniversary of the band’s ‘Tattoo You’ album, Boston Dynamics’ engineers taught Spot to dance and lip-sync like Mick Jagger.

The other members of the band haven’t been left out: Three other Spot robots recreated the moves of Keith Richards, Ronnie Wood and Charlie Watts.

The veteran British band first began performing in 1962 and are the first band to score a number one album on the British charts across six different decades.

Meanwhile, Spot the dog has become something of an internet mainstay with new videos dropping showing the robot’s increasing abilities.

The four-legged robot went on sale in 2020 starting at $74,500 and can perform autonomous remote inspections and data collection.

Boston Dynamics says there are Spots operating in a variety of different roles around the world, including on a factory-floor at Ford and helping with oil rig inspection for BP.

The four-legged robots first came to popular attention when they appeared as human-hunting assassins in a 2017 episode of the Black Mirror series.