One dead as truck plunges car into river in Ogun

One person has been reported dead as a truck dragged a car into a river at Iju bridge along Ota-Idiroko road, Atan, Ogun State.

The Ogun State Traffic Compliance and Enforcement Corps (TRACE) blamed the accident on brake failure on the part of the Izuzu truck, “which eventually hit the Toyota RAV 4 and dragged it into the river.”

According to TRACE spokesperson, Babatunde Akinbiyi, the driver of the car had died in the accident and his body was deposited at the morgue of the General Hospital, Ota. 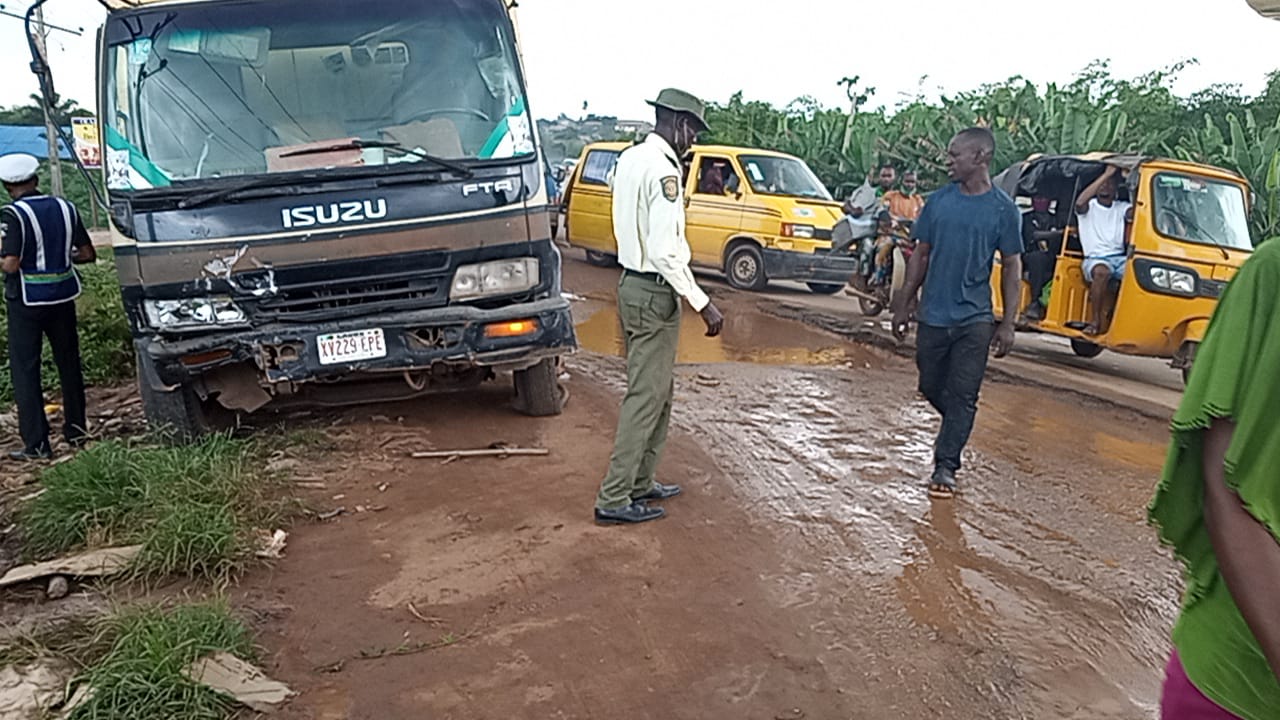 “According to eyewitness accounts, the two vehicles and one tricycle involved in the unfortunate fatal crash were coming from Sango inward Atan.

“The Isuzu truck, which was behind the white Toyota Rav 4, lost control due to brake failure, and hit the Toyota Rav 4 from the back, which fell on its side into the Iju River, with the driver losing his life on the spot.

“The Toyota Rav 4 driver was the only one in the vehicle when the incident happened.

“The Isuzu truck driver and his motorboy has been arrested and taken to Onipanu Divisional Police Station, while the body of the Toyota Rav 4 driver has been deposited at the morgue of its General Hospital,” Akinbiyi said, warning drivers to “adequately maintain their vehicles and attend to India sounds promptly in view of its attendant consequences.”

One dead as truck plunges car into river in Ogun

Ondo missing child: Blood of those behind my ordeal will decay – Prophet Alfa