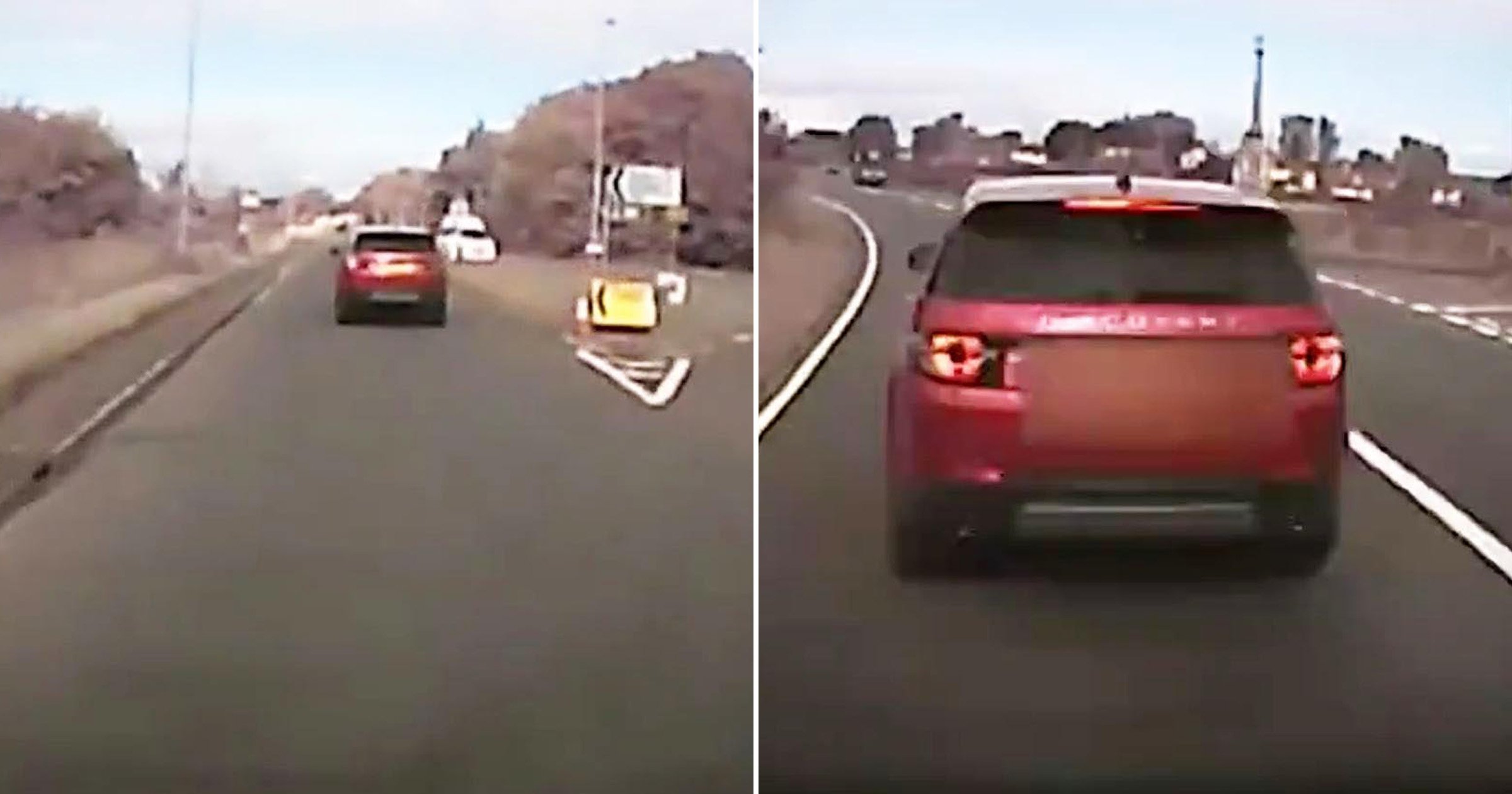 A van driver was lucky not to have killed a fellow motorist after smashing into the back of her Range Rover while trying to connect his hands-free kit to answer the phone, police said.

Mark Loughlin, 50, was too distracted by the ringing mobile to notice the car ahead had slowed to a stop and was indicating to turn right on the 40mph A370 in East Brent, Somerset, in September 2019.

The other driver, a woman in her 60s, was seriously injured and had to be cut free from her vehicle after being hit by Loughlin’s Citroen Relay. She was taken to hospital for treatment.

Loughlin, from Yate in South Gloucestershire, was unhurt in the smash and later pleaded guilty to driving without due care and attention at Bath Magistrates’ Court on October 1.

He was given nine points on his driving licence and fined £482, as well as being ordered to pay £110 costs and a £48 surcharge.

PC Owen Davies, who led the investigation, said: ‘The shocking footage of this incident clearly illustrates the dangers of driving whilst distracted.

‘An innocent motorist suffered significant injuries – we are fortunate not to be talking fatalities.

‘Driver distraction is one of the “fatal five” main causes of serious injuries and death on the roads.

‘Research shows that drivers using a phone – handheld or hands-free – are four times more likely to be involved in a collision and their driving is impaired to a degree similar to that of a drink-driver.’

Get in touch with our news team by emailing us at veloxnews1@gmail.com

For more stories like this, check our news page.